by soundoutwpadmin November 11, 2018 No Comments 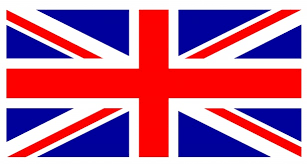 Patriotism is love of your country, not your government.

A number of social media release posts with the union jack, asking people to praise their nation’s fighting forces, support Our Boys, buy and wear a poppy and support British Values. They are usually pompous and aggressive, self-righteous and full of moral indignation. They often insist that schools should display the flag and teach ”British Values” and ask people to share that expression of national pride. Innocent bystanders, feeling they should support their country, like and share such posts. What they don’t realise is that the same sites, when you look further down, also claim that immigrants are being given benefits when disabled ex-solders get none, that some groups (i.e. immigrants) are trying to ban Christmas or poppies or are offended by the British flag.

These claims are never true but they connect patriotism with a dislike of foreigners and at that point it become Nationalism, which is usually connected to prejudice, which leads to hatred and violence against minorities. In this way, right wing extremists neatly push race hatred and violence by trying to take ownership of the national flag and Remembrance Day, refusing the British values of tolerance, honesty and fairness and instead trying to turn pride in our country into small minded bigotry. By slow degrees, they try to turn patriotism into nationalism and then into right wing extremism which, in fact, betrays British values.

Anyone who rejects their bigotry is then accused of not being ‘patriotic’. The great irony, of course is that many thousands fought and died in two wars to keep the UK free of German influence, especially Nazism, only to find the British nationalists marching under swastikas, joining forces with German hooligans and shouting Sieg Heil in their name. That is the ultimate betrayal of what they claim to represent. The ‘Glorious Dead’ would be bitterly ashamed of these so-called patriots, and would chase them from the streets as traitors.

The very least we can do, in their name, is to block such sites. There is no point arguing with them – they won’t listen and enjoy the attention and site traffic – so just block them and, if you find less socially aware relatives or friends sharing it, send them a link to this article.