To save the planet we have to create jobs

by soundoutwpadmin August 27, 2019 No Comments 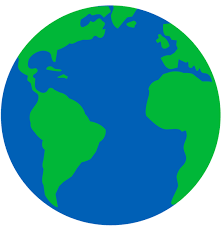 What can we say to persuade a Polish or American coal miner to stop digging coal?

Increasingly, people in all countries are coming to understand that you cannot keep on polluting the only plant we live on. There is no real dispute now that science is on the side of the environmentalists. The word used to be applied to occasional tree huggers as if  were some kind of extremism; now it just means ‘someone who wants to breathe clean air, drink clean water and avoid soil erosion, floods and global warming’. Not to mention all the civil unrest that comes from habitats and homelands being destroyed foe the profit pof a privileged few.

BUT – hang on – we can only bring about the changes we need in the environment by making radical changes to the way we live.  And political action requires consent. How do you get it? Not just by issuing warnings. You can’t just tell miners to stop digging because the planet is in danger. Their more immediate threat is to go the same way as the Welsh valleys, into economic decline and mass unemployment. Very sensibly, they  don’t intend to. So instead they vote for people like Trump, who promise to keep them employed as a priority, and to hell with the planet in the long term.  President Bolsonaro is reviled for not preventing loggers from setting fire to the Amazon, ‘the lungs of the earth’.  But what happened to all our UK trees? We cut them down years ago, to build houses, make a navy and make us rich. There is sometimes a degree of what he calls colonialism in our approach to other people’s development. We have farms and concrete-  they can stick with forests.

If we argue against fossil fuels and private motor cars then we are arguing for unemployment, which on a large scale leads to depression and increased alcohol and drug abuse, family break up and oppression at home. So do we have a timely alternative to offer. If we have not, nobody employed in those industries will vote for green policies so the policies will not be implemented.

It is true that not implementing the policies will lead to global destruction. It is certain that if they don’t make the sacrifice they will end up worse off in the long run. But that argument will not persuade on its own. If it did we would have acted already, instead of issuing lip-service declarations. You are asking them to give up their futures and their communities. Resisting that, they will find ways to deny or ignore the warnings. And politicians will be wary of losing their votes.

To give just one example, electric cars use rare minerals which have to be mined. To feed the new industry, the UN has issued 29 licences to allow them to be mined from deep sea areas. That could destroy marine habitats. It easy enough to use facts like this to argue that green policies are too optimistic and their proponents too simple minded. Looking to defend their way of life, voters will use them to ignore the problem.

So the only significant question at the moment is not whether global warming will destroy us – we can accept that is true – but whether you can find new green economies that replace income, pride, tight-knit communities on the same scale as the old dirty habits, without negative impact. If not, green policies are doomed to failure, and can wait for the sick lungs and tsunami.

That is not a reason to stop working for them It is a very strong reason to stop just issuing threats and start saying which industries when and how, can save which communities. We need research to show what is working, not vague promises all will be well if we just put down the shovel and sign on.

The real work on environmentalism is developmental and creative, not just protesting. But, without the protest, will funds be made available to pay for the research?